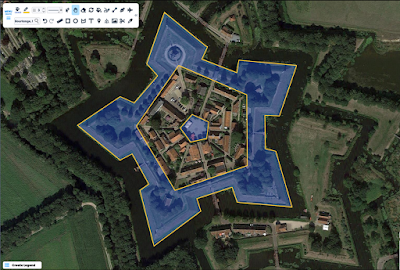 In Scribble Maps you can easily create polygons with holes and then even use these polygons to filter your existing layers. Let's imagine you wanted all the points that are inside of a particular ring, you could do this using a polygon with holes. The other advantage of using holes in polygons is you can create sequential rings that will all have the same opacity which is particularly useful if you are trying to make a delivery fee map.

In this post we are going to go over quickly how to make a hole in a polygon and also go over some use cases. We will also be talking about merging polygons because this often goes hand in hand with creating polygons with holes.

To cut a hole in a polygon all you need to do is cut one polygon from another. First, create two polygons. The first represents your base polygon and the second one will be your hole.

From here you can either click "..." in the layer panel on the base polygon or you can simply right click and go to hole/split/cut.

This works similar to cutting hole but instead of selecting "hole/split/cut" select "merge polygons".

For this example we are going to create a series of different circles and then using hole cutting we are going to make it so the opacity is consistent. An important note is that when you cut a hole, the hole shape is not removed its visibility is just toggled off. This is what we are going to start with. 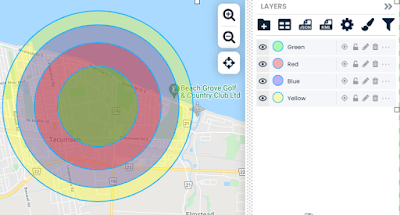 For cutting you will want to start on the outside and work your way in as follows.

If you would then like to use these rings to either style or move markers that fall within boundaries you can use some of the bulk operations under operations and analysis found by clicking on the gear icon in the top right. 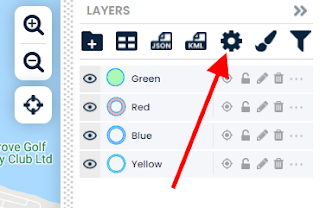 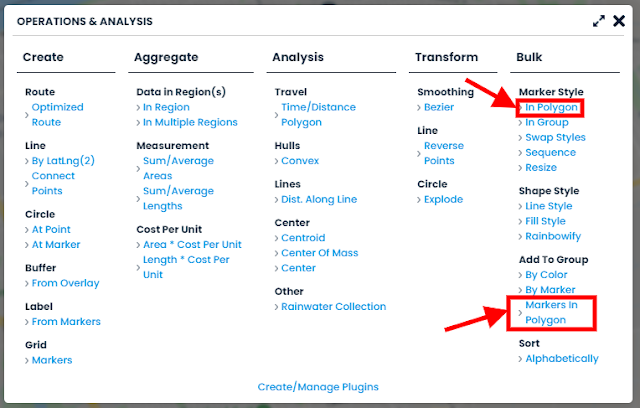